Embrace the romance and excitement of pioneering aviators.

We hope to inspire the would-be classic aviator to discard the flight case and GPS, don the flying helmet and feel the slipstream in their face.

Immerse yourself in our purpose modified hangar and be surrounded by early aviation equipment, rare memorabilia and heritage aircraft.

The evocative old biplanes rest next to retired fighters from a bygone age – A world away from the modern hanger with composite glass panel aircraft that have become the standard experience in the UK.

Expand your horizons and your flying skills with the Classic Aviators Club.

Between 1980-1991 the company operated a specialised, unique and highly successful ‘Aerobatic and Artistic Flying Club’ at its base in Booker, Buckinghamshire teaching competition aerobatics, formation flying and providing tuition on traditional tail wheel aircraft.

In more recent years the club has continued as a smaller operation using a Stampe SV4C under the Bianchi Aviation Company banner. Many members went on to successfully compete in European and World Championship level aerobatic contests. 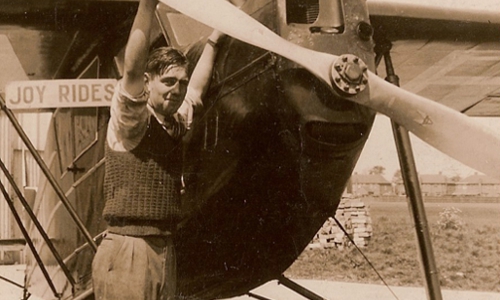 Doug Bianchi with a Dessouter at Hanworth, 1930 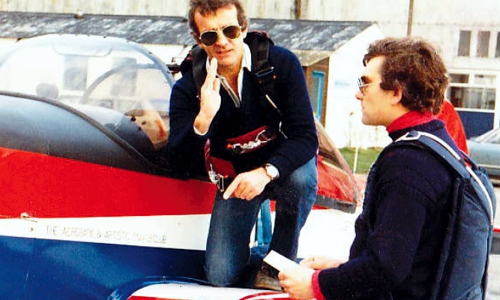 The Aerobatic and Artistic Flying Club, 1985 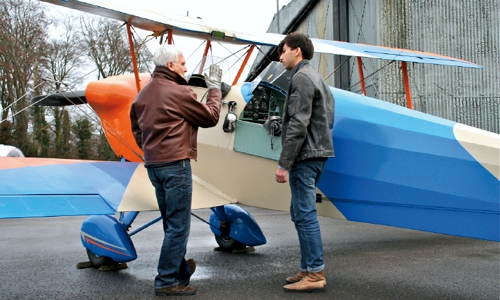 Choice of aircraft to meet the needs of a specialist aviator club is all important and the Classic Aviator Club boasts both an 180hp Stampe SV4D and a 160hp Piper Super Cub which have been selected and developed as two of the finest tail dragging aircraft specifically to meet this requirement.

The Stampe, with its 180hp Lycoming Engine makes it the perfect all around aerobatic or classic trainer to develop the experience and confidence necessary to move onto more demanding military and aerobatic aircraft types.

The specially developed 160hp Piper Super Cub is a traditional tail wheel aircraft with a good power to weight ratio and is able to demonstrate a great range of advanced handling in various aspects of flight.

Membership is open to all licenced aviators and for the 2018-19 season we are now pleased to offer bespoke membership packages which will involve a detailed introduction into classic stick and rudder flying.

The Classic Aviators Club and Heritage Collection is self-supporting and depends on club members, enthusiasts and volunteers to help keep all elements functioning.

To find out how you can get involved please click on the image to download our brochure. 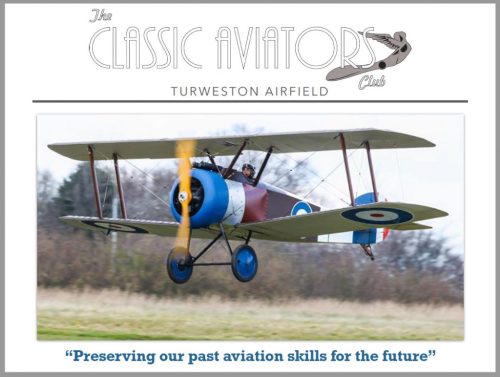